* In case of any delay in receiving the OTP, you may verify it later. Please proceed without verification.

Enter your City name or Pincode

Jourian is a significant border town located in the region of Jammu. It is fringed between Chenab River and its tributaries making it the most fertile land in this area. It is smaller than a town and larger than a village. Jourian was established during the period of 1903. There is very interesting story behind the existence of this city. It was established by Sheikh Mustafa Khan who was the Jagirdar (landlord) of Rakhdhok. In the beginning of 20th century, plague hit the areas of Jammu and Rakhdhok. That time, royal family members escaped to Jourian where they has a temporary house. Due to availability of water, they decided to stay here for the rest of their life. 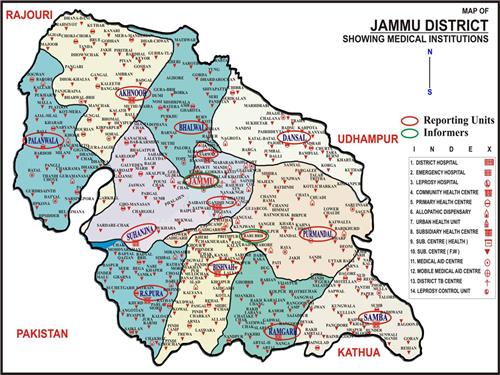 There are many other facts connected to the emergence of Jourian. The family of Sh Mustafa Khan had taken immense initiatives to increase the limits of village. As a result, Jourian is one of the important regions nowadays in terms of economy, finance, administration, etc.

Geography and Climate of Jourian

Jourian is located in the south western part of Jammu and Kashmir. It is nearly surrounded by the border on three sides. The position of Jourian is 32.83 Degree of North and 74.58 degree of East. It is mostly surrounded by River Chenab. Chak Mala, Bhor, and Mandiwala are few of the important places located near Jourian. The city of Jourian is located at average altitude of 899 feet i.e. 274 meters.
Jourian receives humid subtropical climate. Its summers are hot and winters are shivering. The average summer temperature dwells between 38 Degree and 26 degrees while the average winter temperature of Jourian is 19 degree and 7 degrees. Monsoon lasts here for four months that is from June to September. However, this region mostly receives rain during winter season due to western disturbance.

Economy and Industry in Jourian

Economy of Jourian depends upon agriculture and agro-related business. The land of this city is quite fertile and availability of water is also high. The weather conditions of Jourian are suitable to produce more than two crops in a year. Sharma Rice Mill is one of the small scale industry located in Jourian. Apart from these, people living here are engaged in providing services of communication, daily essentials, restaurants, mobile repairs, and other such.

Masjid found on the main area of Jourian is one of the most historical places to see in Jourian. Apart from this, there is nothing such attractive other than natural sights embarked upon river Chenab.

People in Jourian are well supported by average health care facilities. Primary health centers are installed at small areas of Jourian to accomplish any type of basic treatment. Jourian Hospital is also fully equipped to offer better health service to public. For high quality treatment, people have to visit Akhnoor, the taluka place of Jourian.

Banking and Finance in Jourian

Jourian is found with all essential facilities that are necessary in a modern society. Banking and finance is one of them. It is equipped with few branches of some nationalized and local banks that provide complete support to economy of Jourian. People living here take full advantage of proficiencies allotted to general public for financial help. Online banking along with featured services is available at these bank branches.

Jourian comes under the administration of Akhnoor taluka. Setup of state administration kept Akhnoor under Jammu district which is responsible to provide all schemes and plans approved by government of India and the state government. Apart from these, basic facilities of Jourian town are administrated by the Municipal Committee. This committee consists of members who are elected from wards setup in Jourian. Few members are nominated as well. The facilities like drainage, water supply, sewerage, streetlights, and other such are managed by this municipal committee.

District highways and state highways are the major source of transport in Jourian. Jammu & Kashmir State Transport buses provide service of transportation between Jourian and other important cities of the state.

Jourian is well connected through sub office post office located in the town. It offers services of transporting letters and parcels all over India. Moreover, it is a safe place for the locals to deposit money as an investment. Various schemes of central government are often circulated through postal department only.

Jourian is connected via mobile and landline connections. Vodafone, Airtel, BSNL, and other such operators are providing mobile connectivity in this region.

Road transport buses are the best medium to reach Jourian. Buses are scheduled from Jammu General Bus Stand to provide access here. It’s nearest rail head and airport is at Jammu. Akhnoor is tehsil headquarters and strategically important for reaching out to this city.

Comments / Discussion Board - About Jourian